All about Authentication (3/3) : JSON Web Tokens 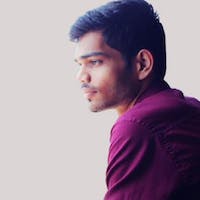 Hello and welcome to the final chapter of my All about Authentication blog series. We discussed Authentication in brief and learned about Passport.js & OAuth in previous chapters. If you haven't read, please check out from the below link

All about Authentication (1/3) : The Fundamentals

All about Authentication (2/3) : Passport.js & OAuth

In this short article, we'll be learning a different approach to authenticate users. In all previous methods, we have hooked to session-based authentication. That means our primary method of persistent log-in was sessions stored on the server-side. However, there is another method to authenticate users i.e JWT (JSON Web Tokens).

Let's understand what is JWT and then see how to use it.

JSON Web Token (JWT) is an open standard (RFC 7519) that defines a compact and self-contained way for securely transmitting information between parties as a JSON object. This information can be verified and trusted because it is digitally signed. JWTs can be signed using a secret (with the HMAC algorithm) or a public/private key pair using RSA or ECDSA.

JSON Web Token is a protocol to transfer information between two parties in a compact and secured way. It's secure because it is digitally signed ( encrypted ) before sending away. This ensures that the receiving party doesn't get a tampered token.

When can it be used ?

It can be used in these two scenarios :

Structure of a JWT

A JSON Web Token consists of 3 strings separated by a dot (.). These strings represent specific entities orderly. They are 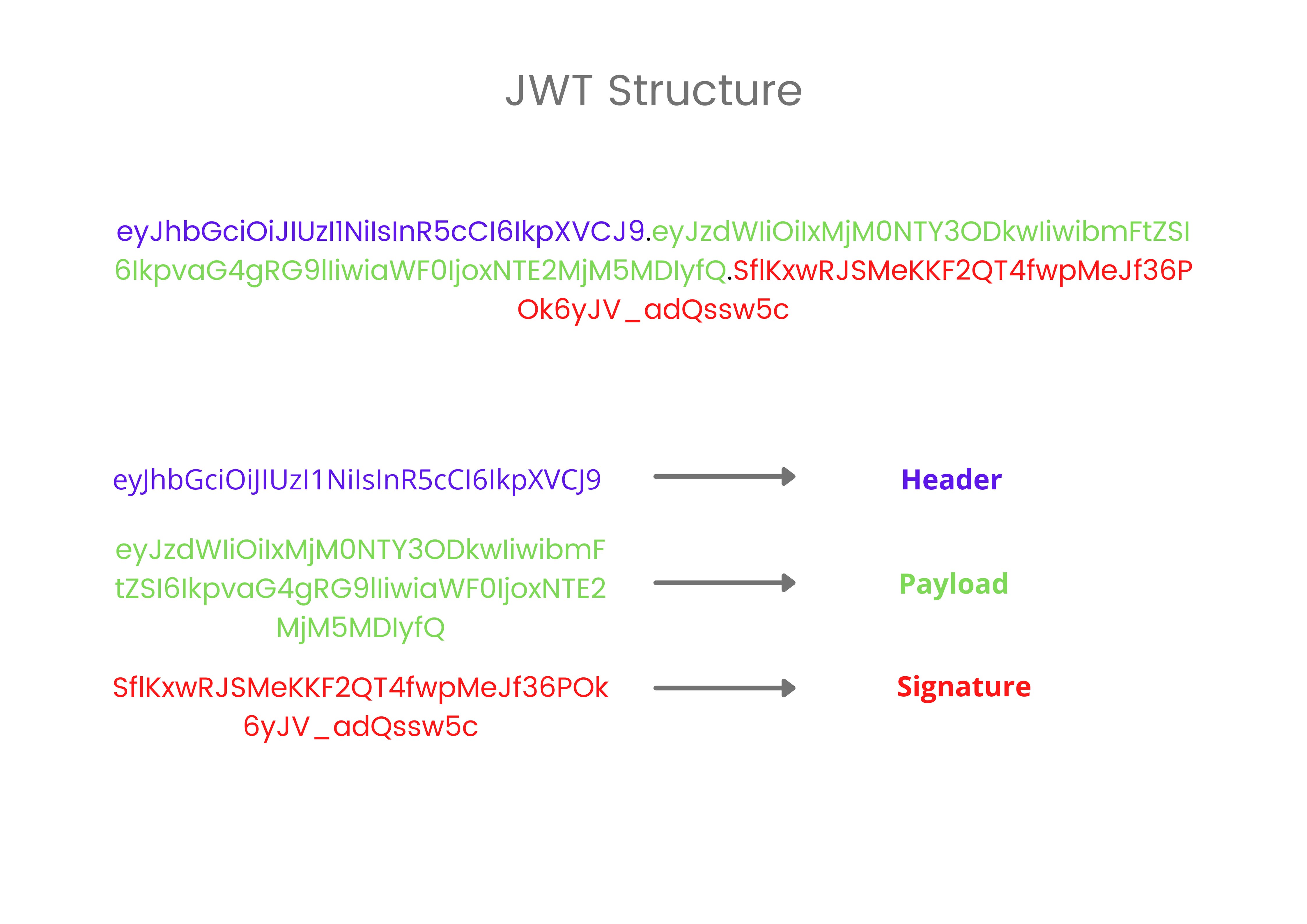 The header typically consists of two parts: the type of the token, which is JWT, and the signing algorithm being used, such as HMAC SHA256 or RSA.

Then, this JSON is Base64Url encoded to form the first part of the JWT.

The second part of the token is the payload, which contains the claims. Claims are statements about an entity (typically, the user) and additional data. There are three types of claims: registered, public, and private claims.

Then, this JSON is also Base64Url encoded to form the first part of the JWT.

To create the signature part you have to take the encoded header, the encoded payload, a secret, the algorithm specified in the header, and sign that.

For example, if you want to use the HMAC SHA256 algorithm, the signature will be created in the following way:

Putting it all together

The output is three Base64URL strings separated by dots that can be easily passed in HTML and HTTP environments while being more compact when compared to XML-based standards such as SAML.

The following shows a JWT that has the previous header and payload encoded, and it is signed with a secret. 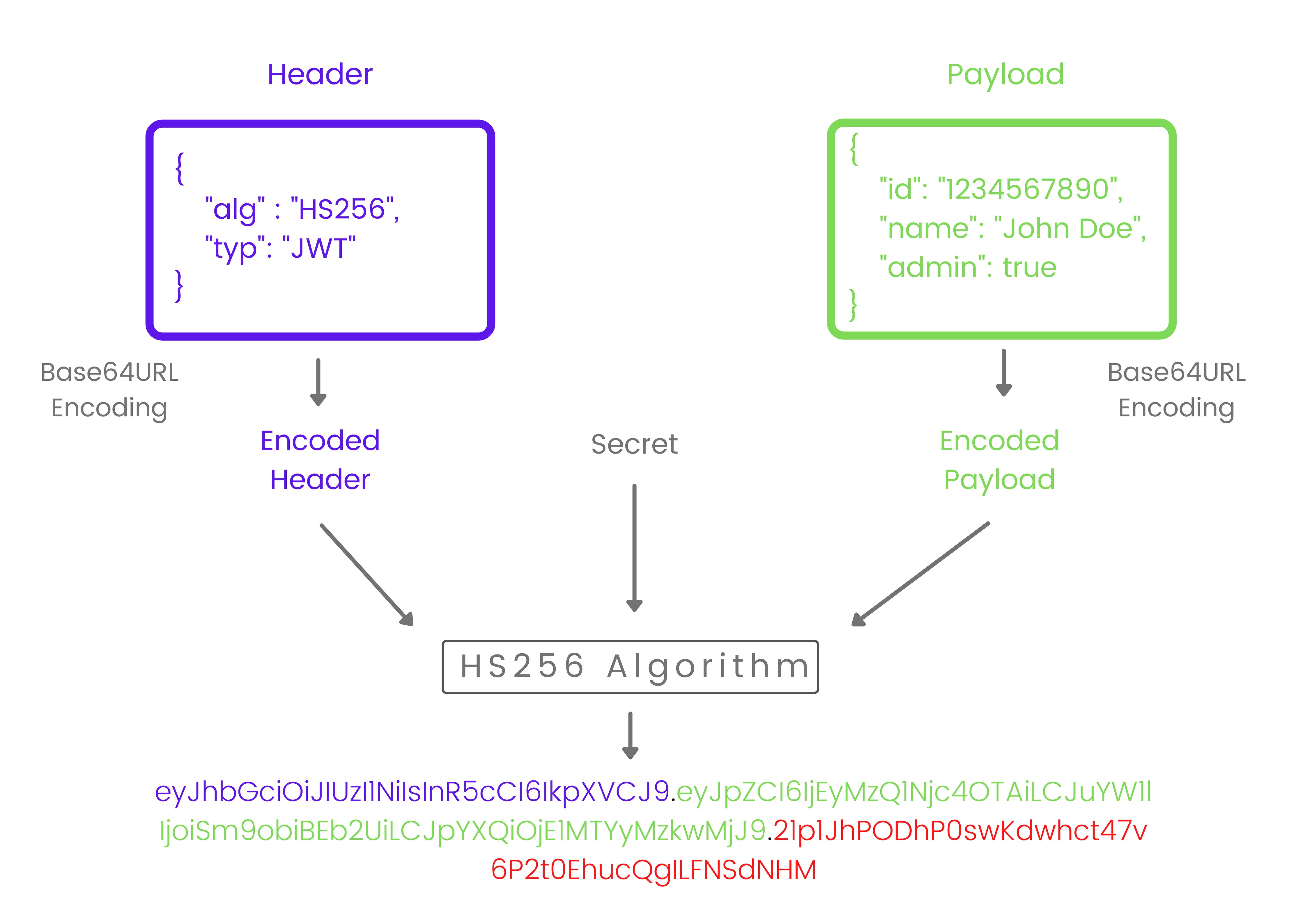 How to use it in web authentication ?

Using JWT in web auth is a simple approach.

Implementation differs for different platforms. There is a module/SDK available for different environments. I encourage you to jump on their official documentation and learn how to implement it.

That's all for this article. I hope you find it useful. If there's any improvement/ suggestions, I will be happy to know and apply.